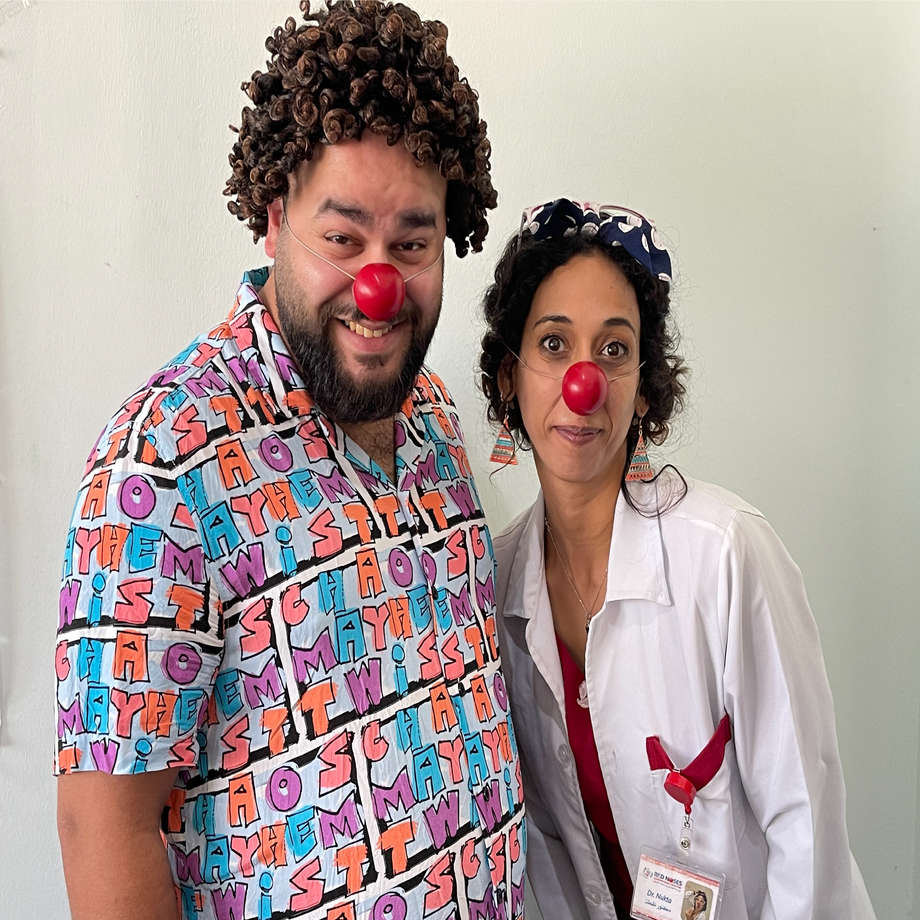 RED NOSES Palestine started in 2010 as a project, after recognising the immense needs of the local population, which require both emergency and long-term approaches. In 2012, RED NOSES Palestine was officially founded as a subsidiary artistic organisation of RED NOSES International.

Essential health services are not easily available to the Palestinian population in the West Bank and the Gaza Strip. Children in hospitals are often alone and their families are unable to visit and stay with them. This causes critical problems for sick children and could even inhibit the healing process of the little patients.

By bringing humour and laughter into Palestinian hospitals, our team of healthcare clowns boost the resistance and willpower of their patients. Healthcare clowns take their patients’ individual needs and interests into consideration, which leads to a special connection between the patient and the artist "clown". The patient’s response is an elevation of mood coupled with enchantment and laughter.

An array of scientific studies on humour show that laughter releases endorphins and therefore has a positive effect on the general well-being, strengthening the immune system and the psyche, easing pain and tightening social bonds.